A blog about Modern Communication for Modern Science

The practice vs theory of science communication

Make friends with an animator…

There are many science concepts that are too small, too far away, or too complex to actually film. These topics are still worthy of communication, and video technology is certainly the best way to help people understand. One solution is to use computer animation. I’m not suggesting that you learn how to do animation, but, as the title of this post suggests, make friends (or at least a connection) with animators. There are often student animators looking for good topics to work with. This synergy can no doubt result in some technologically advanced, visually pleasing, and informative short videos.

I was at a bonfire in Squamish a week ago, and we saw the Northen Lights (aka Aurora Borealis). What a magnificent sight. None of us really knew what causes Northern Lights to occur, so some digging around yielded this cool video: a great animation about the science of Auroras.

The Aurora Borealis from Per Byhring on Vimeo.

60-minutes has posted a great behind-the-scenes look at a new Animal Planet program called ‘Spy on the Ice’. (click here) It is a close-up look at polar bears, filmed with extremely creative techniques: remote control cameras disguised as ice, cameras that move on skis, etc. This is the work of John Downer, who pioneered many of these creative approaches. (Learn more about John here). Early in his career, John reared a duck from an egg to enable himself to get closeup shots of a flying duck.

I love this stuff! These are such clever ways to approach filming, it makes me want get out there and build such things. Take inspiration from people like John: the only thing that limits you is your mind!

We here at ScienceFilm have been chatting with the press, and there are two new articles that feature us:

Jeff was interviewed by the International Union for Conservation of Nature’s Commission on Education and Communication for an article entitled: Video as a tool for scientists to go beyond jargon

Colin was interviewed for an article in the magazine ‘the Scientist’ called “Showcase Your Science: Tips for creating a science video or website”

Registration is now open for the Oct 2-9, 2011 ScienceFilm workshop. Cost is US$1449, which includes workshop fees, housing, and food.

Hope you can join us!

Here is a cool competition for all you science filmmakers out there!

This Citizen Science Education project invites citizens and students world-wide to create and upload a 60 second video which explains a science concept or phenomena. Entry is free, with cash prizes being awarded by a prestigious panel of International Scientists, film-makers and multimedia experts.

What Alan Alda can teach scientists about communication

Alan Alda has been studying ways to engage the public with science. He recommends the following:

Attraction – use body language, tone of voice, and eye contact more than words to grab audiences in the first two minutes.
Infatuation – use emotion, personal anecdotes, and stories to keep your ideas in the audience’s mind.
Commitment – maintain an ongoing connecting with the audience by listening and responding to what they’re asking.

For more information, surf to this article: http://spectrum.ieee.org/tech-talk/at-work/education/alan-alda-tutors-scientists-in-communication

“The First Environmental Short Film Festival of the Estuary Film Series was held at the Parque Jaime Benitez in Laguna del Condado on June 25, 2011. Seven short documentaries were presented and about 130 people attended the event”

“First Place was awarded to the documentary For the Love of Turtles by Nora Álvarez-Berríos and Ana Elisa Pérez-Quintero. This short film also won the Audience Prize for Best Documentary. ” 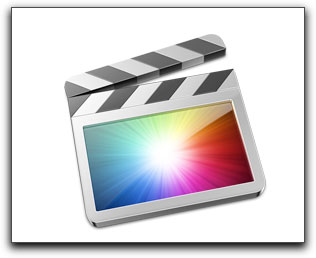 Despite being Final Cut Pro users since 2007, we use iMovie ’11 as an editing standard for our ScienceFilm courses. And why not? It comes free with every Mac, and it really covers the basic needs of an editor quite well. In fact, it does things better than FCP7 (faster output, ease of image stabilization, automatic transcoding of video). Yet, there is many things that iMovie can’t do, which was frustrating at times. With the release of Final Cut X, we can now have the best of both worlds!

.
Final Cut X really looks like iMovie ’11, but it has a lot of power under the hood. There is a really great overview here

Although we are giving up a few things with FCPX (like the ability to edit projects from FCP7 and previous, and to use 3rd party plugins, I think there is a great deal to be gained by moving on up. Exciting times!

“The Jackson Hole Wildlife Film Festival brings together the world’s best natural history broadcasters, producers and filmmakers and other industry professionals with leading scientists, journalists, and conservationists, for one remarkable week each autumn. They gather from around the world in the heart of Grand Teton National Park to explore new media technologies and emerging market opportunities, exchange ideas, and honor notable achievements that have been made in environmental conservation and media. This year’s Festival itself is slated for October 3-7.”

Theme by Anders Noren — Up ↑